One of the big hits was thru the University of Maryland, Baltimore County (UMBC) website.  By big hit, I mean I found reference to a "Personal Miscellaneous" section that has a 3-page Civil War document. It was stated as a photo of the Appomattox surrender.  With kind and timely response from the Reference and Instruction Archivist, and a graduate assistant  there, I received three documents, two related to the surrender, and one related to a letter Latrobe sent to Phillip Thomas (still need to read thru that one).

I have deciphered a number of initial stumper words, so if you have troubles figuring them out, please send me an email and I'll fill in the missing.  In turn, if anyone can shed light on who the two Union generals are under Gibbon, along with a number of unrecognizable titles, I'd be happy if you emailed me.

This must have been given to Labrobe by John Gibbon; will find out how it ended up in Latrobe's document collection. 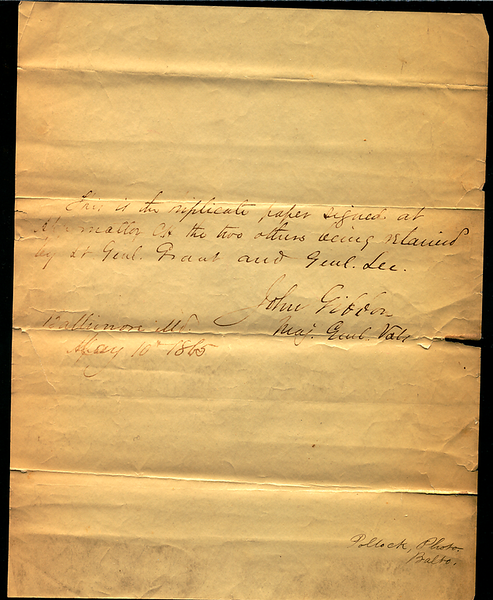 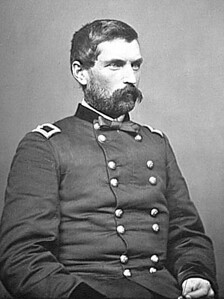 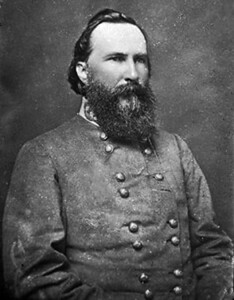 Agreement entered into this day, in regards

to the surrender of the Army of Northern

Virginia, to the United States authorities.

1st, The troops shall march by brigades

and detachments to a Designated point,

pistols and from thence march to their

homes, under charge of their officers, su-

perintended by their respective Division

-ing their side arms, and the authorized

-perty of all kinds to be turned over to

staff officers designated by the United

3rd, Such transportation as may be agreed

upon, as necessary for the transportation

of the private baggage of Officers will be

allowed to accompany the officers,

turned over at the end of the trip to the

receipts being taken for the same.

4th, Courriers and mounted men of

the Artillery and Cavalry whose horses are

their own private property, will be allow

-ed to retain them.

5th, The surrender of the Army of Northern

Virginia shall be construed to include all

the forces operating with that Army on

the 8th instant, the date of the

commencement of negotiations for surrender, except such

bodies of Cavalry as actually made their

escape previous to the surrender, and

except also, such pieces of artillery as were

more than twenty (20) miles from Appo-

-mattox Court House at the time of

surrender on the 9th instant.

This is the triplicate paper signed at

Appomattox C.H. The two others being retained